Stena Estelle – the newest and largest ship in Stena Line’s fleet in the Baltic Sea – is now officially named!

On 3 September 2022, a ceremony was held to name the new vessel on the Gdynia-Karlskrona line. Champagne was broken on the side of the Stena Estelle ferry by the Deputy Mayor of Gdynia for Economy, Katarzyna Gruszecka-Spychała, the ship's godmother.

“Sail on the Baltic Sea, connecting Gdynia with Karlskrona, Poland with Sweden. Be a joy for the crew and passengers on every voyage. Bring glory to those who built you! I name you Stena Estelle”, said Katarzyna Gruszecka-Spychala, and then, as tradition demands, she broke the champagne on the side of the ship. 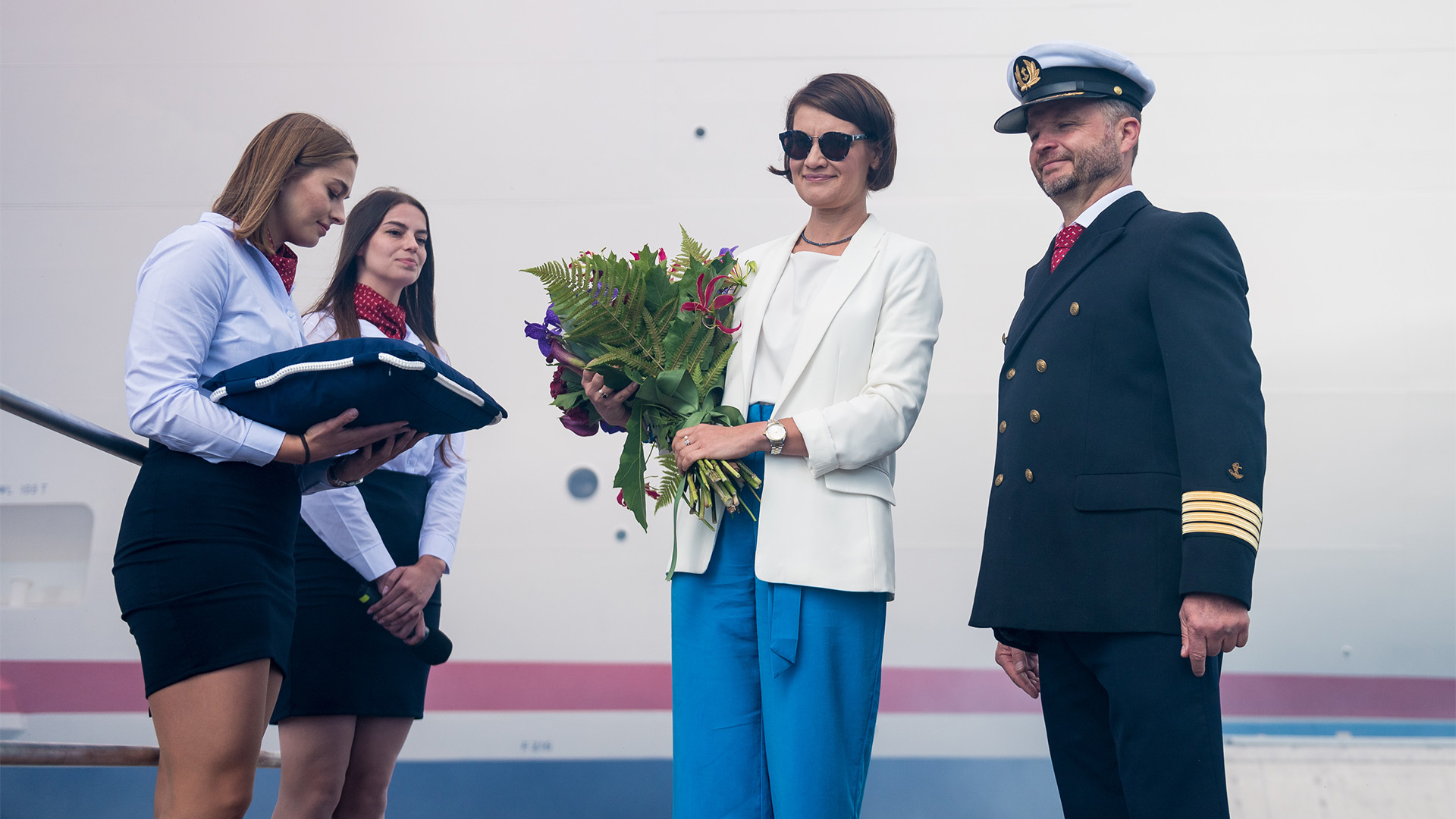 The ceremony was attended by representatives of local and central government authorities as well as the Port of Gdynia Authority and many companies from the shipping, forwarding and logistics sectors. Among the guests were Minister Marcin Horała, Secretary of State at the Ministry of Funds and Regional Policy, Jacek Sadaj, President of the Port of Gdynia Authority, Dorota Arciszewska-Mielewczyk, President of the Polish Ocean Lines and Magdalena Pramfelt, Honorary Consul General of Sweden in Gdansk. 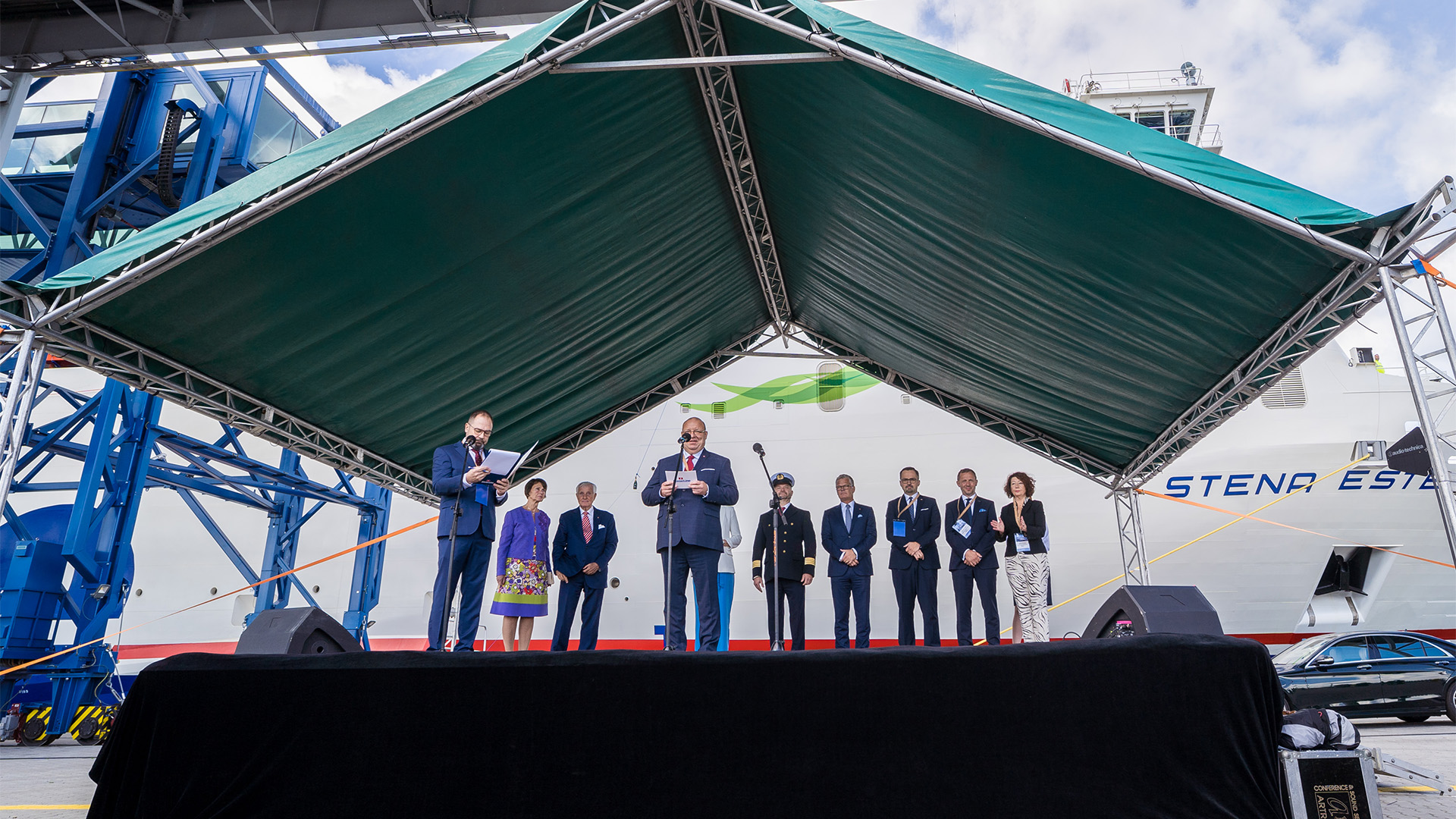 Stena Estelle is one of the largest ferries in the Baltic Sea in regular operation. It is 240 metres long, offers space for 1,200 people and can accommodate up to 200 trucks on 3,600 metres of car decks. It is not only its size that is unique, but also its construction. It is energy efficient thanks to its optimised design. It can be converted to run on gas, allowing fuel to be changed to methanol or LNG. During port calls, it can use shore power, which reduces exhaust emissions. A connection to the electric grid will enable future conversion to a battery hybrid system.

Passengers, meanwhile, will love the spacious, Scandinavian-designed interiors, with views of the sea through panoramic windows. A twin vessel, the Stena Ebba, will be introduced to the route later this year.

The deployment of the two large E-Flexers is the latest investment in the Baltic Sea expansion of Stena Line, which so far includes the modernisation of the fleet on Nynäshamn-Ventspils and Travemünde-Liepaja, and the setup of a new route from Nynäshamn to Hanko.

“The Baltic Sea is an economic area that is still characterised by dynamic growth. Customer demand is growing on a daily basis, and we are in the lucky position to cater for this demand, not only with the right service attitude and hard work, but also with a modern and efficient fleet. And when we can add a beautiful new ship like Stena Estelle on a day like this, we are even more convinced that the success of the last years in this region has only been a start”, says Niclas Mårtensson, CEO Stena Line.

“We are proud to be able to offer our customers the most modern vessels on the market, which will enable further growth in transport on the Gdynia-Karlskrona line, which is important not only for us and our customers, but also for the entire regions and countries we connect”, said Marek Kiersnowski, Managing Director of Stena Line Polska, and continued: “For more than a quarter of a century, Stena Line has been continuously developing the Gdynia-Karlskrona ferry connection to enable our partners to expand their business, improving access to markets and maintaining supply chains for the economies of European countries. During this time, we have transported 11 million people, nearly 2 million passenger cars and more than 2 million units of freight, achieving new records almost every year. We are certain that our new ferries will allow for further dynamic growth of the companies working with us.” 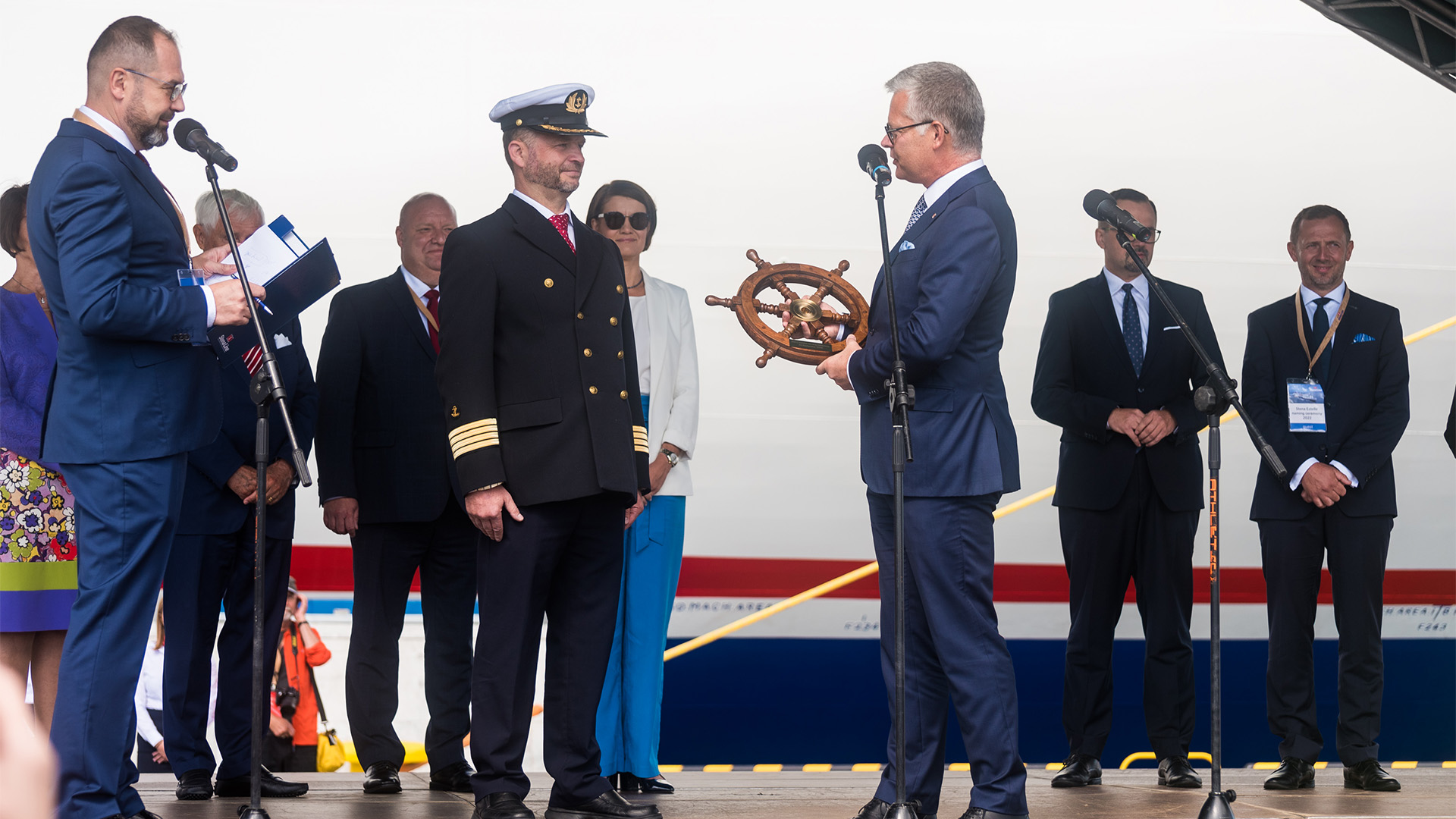 Stena Estelle officially entered the Gdynia-Karlskrona route with its first sailing on Sunday 04.09.2022 at 21:00.